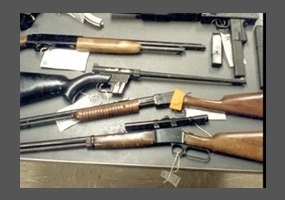 Do gun sports justify the free possession and use of firearms?