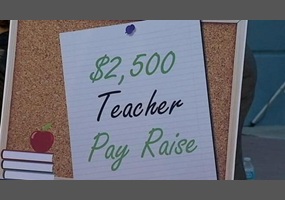 Do teachers deserve a raise?