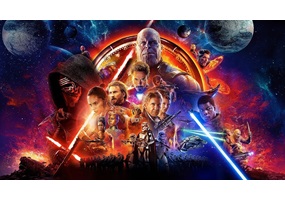 Do the Avengers stand a chance against the First Order?