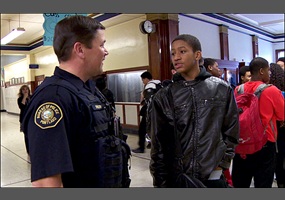 Do the police belong in public schools?