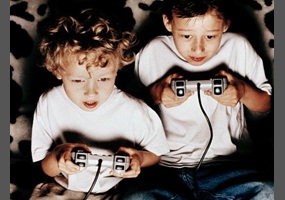 Do video games really cause bad behavior in children?