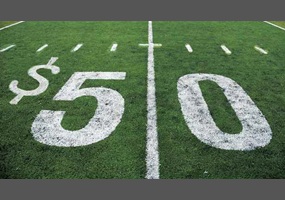 Do we spend too much money on sports?