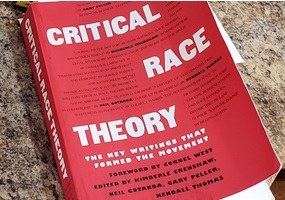 Do you agree with Critical Race Theory. . . ?