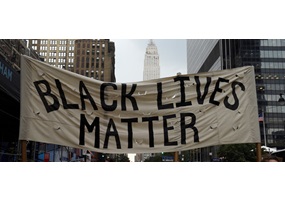 Do you agree with the Black Lives Matter Movement?

Asked by: VictoriaB
George Floyd, black lives matter
Do you agree with the Black Lives Matter Movement?
40% Say Yes
60% Say No
Load More Arguments
Leave a comment...
(Maximum 900 words)
TheodoreRoosevelt says2020-12-03T10:59:26.663
Report Post
Yes and No. I agree with their message and ideas regarding police reform (though Defunding the police would be disastrous so i don't agree with that point) However i disagree with their actions and how they have torn apart cities in their rioting for quote "justice" Stealing Shoes from stores. Was one of the videos i saw of them in the store.

It's clear we need strong law & order and a strong social service network for impoverished communities. If we are too help people and protect them from criminals at the same time. It's not a We either defund police or we get social services, It's very clear we need both.
Fraseandchico says2021-01-18T10:50:42.187
Report Post
How the f**k do so many people say no.
BLM is a movement specifically looking for equal rights between races, Mostly focused on the mistratment of african americans.

Defunding the police would not be disastrous in most countries, Especially in, Say, America, Where the police get to bring along full on war crime-based weapons. The Police are meant to keep peace, Not be the judge, Jury, And executioner.
As for the 'riots', The majority of BLM protests have been peaceful, At least until Police Officers felt 'threatened' and brought weapons such as rubber bullets along. And many of the ones that didn't seem peaceful have been proven to have been escalated by moles from third parties looking to tarnish BLM.

Oh, Yeah, To respond to the other comment. You don't need a strong law and order if you handle mental health a lot better, And actually help people with what they need instead of leaving them in the dust while the people at the top of the ladder get all they want.

This is not a black supremacy group like some of these 'debaters' have tried to suggest. It is an equal rights group, Opposed to white supremacy.
DonnieB says2021-02-15T02:32:18.237
Report Post
BLM is a Hate Group, Who do not want Blacks punished for breaking the law.
BatmanoftheJLA says2021-04-04T06:34:59.060
Report Post
BLM is actually not even run by black people. It is a hate group set on destroying the very people they claim to protect. They are nothing but liars, Hypocrites and murderers, Traitors of the USA. I've spoken with actual black people about this matter who live in the USA and who have decent white friends. So any truthphobe who tells me differently can get off this planet becuz you don't belong here. Also BLM wants to destroy the traditional family so that's another thing.
Privacy Policy | Terms of Use
Sitemap | View Desktop Version
©2021 Debate.org. All rights reserved.