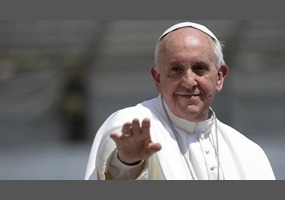 Do you agree with the Pope's message regarding marriage?