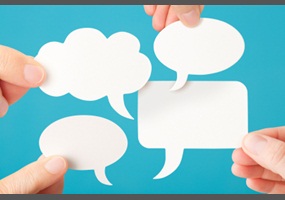 Do you agree with the statement, "If it ain't broke, don't fix it"?

Mullah, Home, Taliban, Durand Line, Afghanistan
Do you agree with the statement, "If it ain't broke, don't fix it"?
53% Say Yes
47% Say No
Leave a comment...
(Maximum 900 words)
sarahbarbara175 says2017-12-28T21:16:28.553
Report Post
URGENT EFFECTIVE LOVE-SPELL TO GET YOUR EX BOYFRIEND/GIRLFRIEND BACK FAST. Unityspelltemple@gmail.Com is certainly the best spell caster online, and his result is 100% guarantee.
I am Sarah Barbara from USA, after 4 years of relationship with my boyfriend,
he broke up me and brought in another Girl, i did all i could to get him back
but all proved abortive, I was really upset and i needed help, so i searched for help online and I came across a
website that suggested that Dr Unity can help get ex back fast. So, I felt I should give him a try. I contacted him and he told
me what to do and i did it then he did a (Love spell) for me.
28 hours later, my boyfriend really called me and told me that he miss me so much,
So Amazing!! So that was how he came back that same day,with lots of love and joy,and he apologized for his mistake,
and for the pain he caused me . Then from that day,
Our relationship was now stronger than how it were before, All thanks to Dr Unity. He is so powerful and i decided
to share my story on the internet that Dr.Unity real and powerful spell caster who i will always pray to live long to help his children in the time of trouble,
if you are here and you need your Ex back or your husband moved to another woman, do not cry anymore, contact this powerful spell caster now.
Here’s his contact: Email him at: Unityspelltemple@gmail.Com ,
you can also call him or add him on Whats-app: +2348071622464 ,
you can also visit his website: https://unityspelltempe.blogspot.com .
Privacy Policy | Terms of Use
Sitemap | View Desktop Version
©2021 Debate.org. All rights reserved.