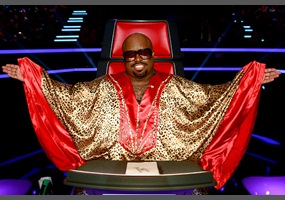 Do you believe CeeLo Green's departure from the Voice will negatively affect the show's ratings?