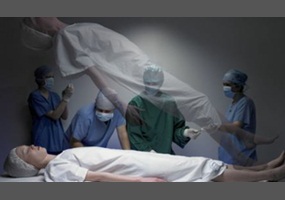 Do you believe in an afterlife?

Win Butler, Arcade Fire, Tonight Show, Afterlife, Jimmy Fallon
Do you believe in an afterlife?
50% Say Yes
50% Say No
Leave a comment...
(Maximum 900 words)
Mathunga says2019-05-02T00:02:49.553
Report Post
Here's another way of looking at it: a single water droplet can house thousands of tiny little organisms. It's like a little world. If life can exist even in such a small space, What's to say that people can't be the same? You could take "snapshots" of someone and hold them in your head. Even when the person is gone, What's to say that they can't live on inside that mental image that is stored by a minuscule brain cell?
Privacy Policy | Terms of Use
Sitemap | View Desktop Version
©2022 Debate.org. All rights reserved.