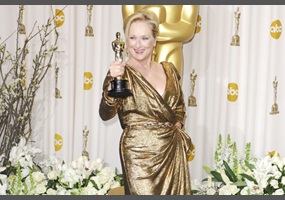 Do you believe Meryl Streep has really deserved all of her Oscar nominations?