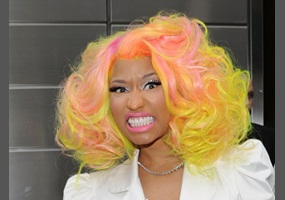 Do you believe Nicki Minaj owes her former hairdresser millions for wigs?