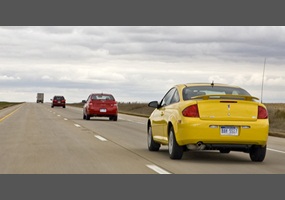 Do you believe that older model Ferrari cars are more valuable than newer models?