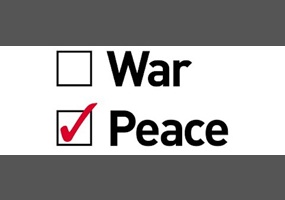 Do you believe that religion causes more war or more peace?