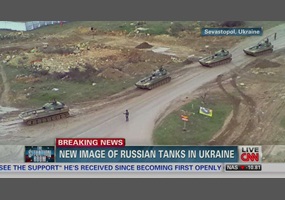 Do you believe that Russia is trying to invade Ukraine?