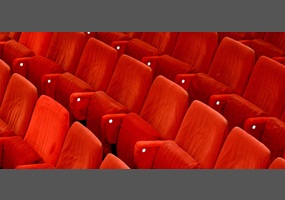 Do you believe the entertainment industry should be pitied?

United States, Arts and Entertainment, Entertainment, Arts, Pity
Do you believe the entertainment industry should be pitied?
20% Say Yes
80% Say No
Leave a comment...
(Maximum 900 words)
No comments yet.
Privacy Policy | Terms of Use
Sitemap | View Desktop Version
©2021 Debate.org. All rights reserved.