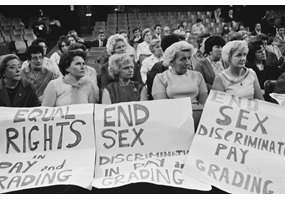 Do you call yourself a modern day (2019) feminist and why?