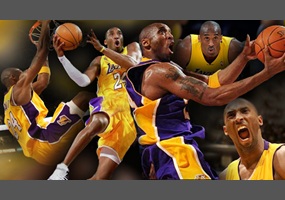 Do you like Kobe Bryant's new nickname 'Vino,' meaning 'gets better with age?'