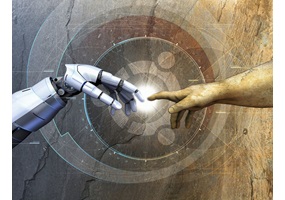 Do you see religion and technology coexisting successfully in the future?

Do you see religion and technology coexisting successfully in the future?
50% Say Yes
50% Say No
Leave a comment...
(Maximum 900 words)
ZackCarr says2019-04-26T18:19:27.207
Report Post
Yeah but not in distant future. But I believe intelligent artificial lifeforms will be made and then brainwashed to follow religious beliefs. They will though in time learn and rebel against their religious ideologies which will be a hilarious moment. Anyhow sic unum. Yeah there is only one way which is all religions ending in the name of sciences.
Privacy Policy | Terms of Use
Sitemap | View Desktop Version
©2020 Debate.org. All rights reserved.