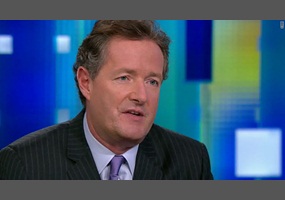 Do you think CNN should keep Piers Morgan Live (yes) or cancel it (no)?