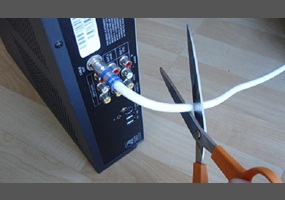 Do you think it will create an unfair monopoly over the market if Comcast purchases Time Warner Cable?