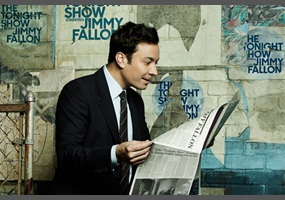 Do you think Jimmy Fallon is genuinely nervous?