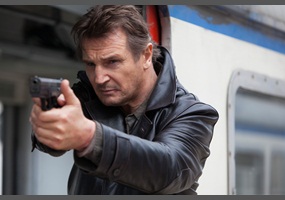 Do you think Liam Neeson is a good actor?