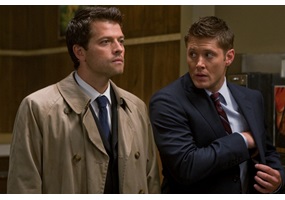 Do you think making Destiel canon would ruin Supernatural?