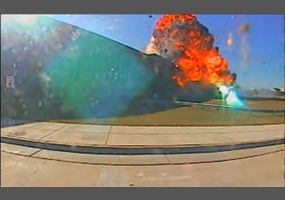 Do you think more footage of the Pentagon on 9/11 should be released?