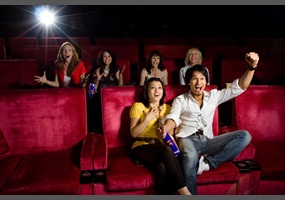 Do you think more people should see the movie '12 Years a Slave'?