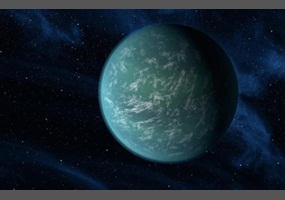 Do you think one of the 715 newly discovered planets could hold intelligent life?