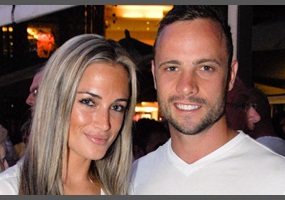 Do you think Oscar Pistorius intentionally murdered his girlfriend?