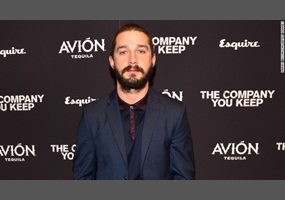 Do you think Shia LaBeouf's apology for plagiarism is sincere?