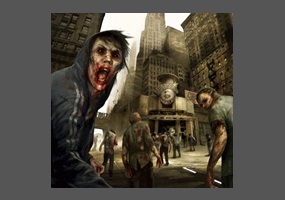 Do you think that a zombie apocalypse will happen?