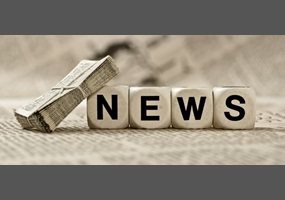 Do you think that the Huffington Post is offensive and racially biased?

racism, Huffington Post, Organizations, Veterans, United States
Do you think that the Huffington Post is offensive and racially biased?
93% Say Yes
7% Say No
Load More Arguments
Leave a comment...
(Maximum 900 words)
abhishake says2015-06-14T09:24:12.450
Report Post
It's not just you Americans I guess, for some of their recently launched India-edition articles seem to be a mix of offensive, propaganda (for vested interests), irrelevant, provocative and selective (of reporting). Just because some stupid Indians rape doesn't warrant articles implicitly encouraging hatred towards all Indian men, culture and the country. Just because your (HP's) editorial board dislikes the highly popular present Indian PM doesn't mean you indulge in selective & biased reporting, for instance - making it seem like Twitterati hates him (for his "despite being a woman....." remark which was twisted out of context) at a time when Twitterati was actually hailing him for an anti-terror army operation inside Myanmar.
Privacy Policy | Terms of Use
Sitemap | View Desktop Version
©2022 Debate.org. All rights reserved.