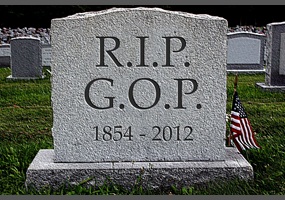 Do you think the GOP will die off?