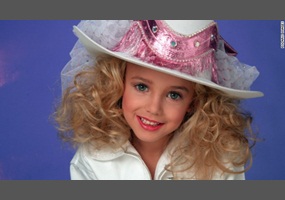 Do you think the JonBenet Ramsey murder case will ever be solved?