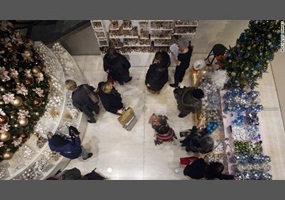 Does Christmas start too early?