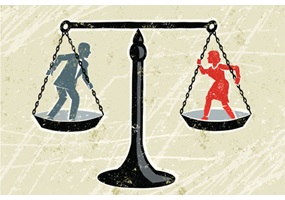 Does feminism cause a rise of misogyny?