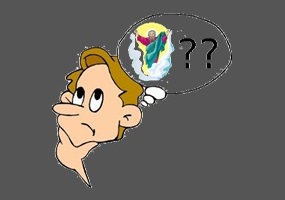 God, Existence
Does "God" exist?
50% Say Yes
50% Say No
Load More Arguments
Leave a comment...
(Maximum 900 words)
Anonymous says2013-03-03T03:58:34.180
Report Post
I do believe in God.. and I am not going to write and explain why.. But all I can say is, I know for a fact whoever don't believe in God one day they will, and sadly that is going to be the day they seem lost in this world or they going through rough times or even when they are about to die. They are going to think of God and say his name.. and ask for forgiveness.
Jess.Lynn says2013-04-08T17:35:55.377
Report Post
No I wont.
Anonymous says2013-06-27T15:52:02.933
Report Post
Personally I don't abide to any religion just throwing that our there. Good portion of my beliefs resign in Buddhist philosophy, what ive learned through experience, mistakes, and things ive learned through my years on this planet. I am not saying there is or isn't a god, but maybe a higher power or god like being. I grew up in a christian family and i have always been the type of person to question and analyze things. I just dont see the sense in believing in something just solely, because you read it in a book and dont at least question it a little bit and a lot of people just tend to conform and don't question. I dont see why you should have to live this sole way or you will be banned to some mythical place or need some theoretical god like being to help you change and obtain happiness or peace.
With Christianity it can teach you good morals, values, but there is no reason with it and I have spent so much time just thinking about it and quite often each conclusion just to lead to well there's another lie or a dead end. "It is full of interest. It has noble poetry in it; and some clever fables; and some blood-drenched history; and some good morals; and a wealth of obscenity; and upwards of a thousand lies." - mark twain. Truly a brilliant man.

Take this into account 300 years ago we were just discovering the world isn't actually flat and we aren't the center of everything. The bible has been around for the past 2000yrs. I can see how they probably thought giant moving clouds of majestic water vapor was the heavens and probably thought the sun was god. Then a hand full of decently intelligent people wrote about how they spoke the word of god and you know what? They're going to listen to the semi-somewhat intelligent guy, because they're uneducated. When what those who wrote the books were actually experiencing was "self actualization or enlightenment." Thinking that this rush of clarity, knowledge, moments of euphoria, and happiness was all from this god and to make sure they stayed like that they had to worship him or something.

I have found peace within myself all on my own without the help of, "Jesus Christ." I am only 19, i am a completely different person from who I was a year ago, and "I" myself as an individual made the commitment to change who I was. I know fully of what it is that I want to do with my life and will stop at nothing to fulfill my goals, and have realized there is nothing that one can't accomplish in this world. I am happy with who I am and that's all that should matter, i have found my passion, and it is self-expression my core passion is creative writing. I am a musician, i draw, write, and i have a laundry list of hobbies and i continue to question things thinking for myself not letting others do my thinking. Personally i don't fear death and I don't see why any one should, because to live your life in fear of something that WILL happen eventually is just senseless and is hard to find peace. I also agree with NYC_MC "do not believe everything you read." That is very very true. I just don't see the sense of solely believing in what a book says solely, because a book says it and people force you into believing in it at a very young age. Why not believe in your dreams or just be yourself. Then and what if there is no after life and you actually ended up wasting your entire life worshipping some god that most likely doesn't exist. The afterlife may be possible, but i am not going to let a book that is thousands of years old decide my fate.

Here is a very wise quote by someone who was around 500years before Jesus Christ was even a sperm cell, "Do not dwell in the past, do not dream of the future, concentrate the mind on the present moment." - Buddha. Let the future come when it comes and just be yourself.

I am fully aware of the suffering that goes on this world and you know what suffering can do? It can only make you stronger. Don't pity yourself, because there is always someone that has had it worse or just as bad as you. Why depend on some god to give you peace or happiness? Here's more wisdom "No one saves us but ourselves. No one can and no one may. We ourselves must walk the path.- Buddha." And there is no "true meaning" to life it is YOU who give life meaning.
Anonymous says2013-07-14T19:10:41.057
Report Post
Reasons to Believe in God

I am not going to force my religion on you. If you are athiest, agnostic, buddhist, islam, or a christian of curiousity I have listed proofs of God, so that those if you who read this can at the very least consider what proofs I can offer you.

The Bible:
1.Was written more than 2,500-3,000 years ago
2. By 42 different authors
3. In 3 different countrys
4. Despite these things, the bible doesnt once contradict itself
5. Most of the authors didnt even know each other either
6. The bible goes against hman nature, all men for themselves
7. Instead all of each other & the Lord
8. In the old testament, there were approximately 1,239 prophecies.
9. Roughly 1,000 years after the last prophecy, a man named jesus christ was born
10. He fulfilled all 365 messiahic prophecies from the old testament
11. Jesus Christ, unlike many other religious based idols (buddha for example, sorry if you are buddhist no offense intended) was a real person
12. Over 500 eyewitnesses watched Jesus rise from the grave after the 3rd day.
13. Hundreds of people, after Jesus's death were prosocuted for their faith in Christ. Why would they die for someone who didnt exist.
14. The new testament has over 578 prophecies that are still being fulfilled today.
15. There are fossil & archeoligcal records of animals in very high mountains, and many people too, thus proofing there was a worldwide flood.

http://skepticsannotatedbible.Com/science/long.Html
Anonymous says2013-08-15T02:37:35.950
Report Post
I think the question "Does God Exist?" itself is self-contradictory and meaningless because "Existence" is the opposite of Void or none existence and
in order for something to exist it must be brought into existence, meaning it must be created out of nothing. That is what everyone refers to as the concept of God, the one that brought everything into being or existence out of nothing. So I ask you, can existence apply to God? Can God come into existence ? If you can prove what exists at some point did not exist, then you can say something brought it into existence and then and only then you can have a reference to something beyond void and existence, beyond your imagination and say something is doing this, something is creating all this. But you can't and should not say God exists or doesn't exist. It's way beyond that.
jasonnn says2014-01-16T16:56:59.050
Report Post
Stupid, stupid question. Why not just ask "Are children who are being raised by same-sex couples at a disadvantage?". Nature has very little to do with it. A monogamous relationship at all has nothing to do with nature; it is what makes us human - the ability to go beyond nature. Nature would have me fight another to the death for a mate, to do anything for my own survival. We have laws because we deny ourselves our "natural" state and impulses.
Gilesthewizard says2014-01-29T02:22:51.173
Report Post
When I'm dying, I'm going to convert on my deathbed. Then I'll say, "NOT!" And laugh until I choke to death.
eli845 says2015-03-18T05:47:43.763
Report Post
Anonymous (1 of them) posted here (in number 10) that he fulfilled all 365 prophecies in the old testament. That is simply not true. One of the prophecies is that he will take together all the Jews from all corners of the world. Did you see that happen? Sorry I didn't they are still all over the world...
Furyan5 says2016-03-08T20:58:23.380
Report Post
It seems about even. Intelligence doesn't seem to be a deciding factor as I've seen both intelligent and ridiculous comments coming from both quarters. Possibly upbringing plays a role but I'd like to consider another possibility. Not something that will answer the question but rather explain why people are so sure of their beliefs. Do humans possess a sense of presence? Can some feel a force greater than ourselves? Like a baby would feel its mother looking over it. The way we can feel if someone is looking at us? Don't get me wrong, I'm not saying it's God. I'm not saying it's not. But having or lacking such a sense would make one certain of their beliefs but without the ability to explain how. Like trying to explain color to a blind person. You can't. Unless they see it too.

Just a thought.
mandert2000 says2021-04-10T09:30:44.437
Report Post
Whoever that says "suffering makes you stronger" is spewing pure bullshit! Like a pain loving self abusive machochist!
Suffering should be aimed to be eliminated, Or at least lessened.
If god exist, Then why is there so much overwhelming sufferings and pains and injustice and evil in this world? ! ? ! Therefore no almighty benevolent God can exist for this world.

What makes more sense is: It is up to each and every single one of us to overcome the suffering and trials of our own life: we are the makers of our own triumph and demise, And learn vaulable lessons in the interim, But most importantly NOT TO REPEAT the sufferings of life and death cycles. There is no absolute God to rely, But each person's own actions determines his/her own fate.
Privacy Policy | Terms of Use
Sitemap | View Desktop Version
©2021 Debate.org. All rights reserved.