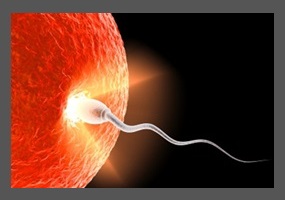 Does human life begin at conception?

Rand Paul, United States
Does human life begin at conception?
63% Say Yes
37% Say No
Load More Arguments
Leave a comment...
(Maximum 900 words)
Anonymous says2013-03-25T17:11:43.510
Report Post
"Causality is the relationship between causes and effects. It is considered to be fundamental to all natural science, especially physics. Causality is also a topic studied from the perspectives of philosophy and statistics." If you go by that then a action has a reaction equal to its action. So in essence, as soon as the the fertilization of the egg occurs it begins to effect life, first inside the female carrier, then you effect everyone else indirectly because you, as a presence in her body, have an effect on her mood and actions.This also can be explained through the chaos theory. So if the reaction is effecting life then the fertilized egg must be equal to life. your effect on life just becomes more potent and unpredictable as you continue to exist. Life = Life
Anonymous says2013-03-28T16:49:33.890
Report Post
Who cares when life begins? That isn't the point, and it's stupid for politicians to try to be doctors. I'm pro choice. If life begins at the moment of conception, than I am for MURDERING that baby if the woman wants an abortion. Look at it this way - that woman should put off having a baby until she is more mature and able to properly raise it. If she keeps this baby that she doesn't even want, then the potential baby that she might have in the future is effectively killed. Either way, one of the babies is not going to be born.

"kill" is just a word. Get over it. This is the 21st century. We have enough luxuries to be able to manipulate life in such a way.

Babies that a woman has when she is not at a proper maturity to raise it are more likely to commit murder, suicide, become drug addicts, have mental disorders, HATE THEIR LIVES, etc, etc, etc. Shouldn't that be enough for you?

I will repeat - if life begins at the moment of conception, and a woman wants an abortion, than I am PRO-MURDER. I am intentionally trying to shock you ;)
Anonymous says2013-04-07T15:19:20.847
Report Post
Life begins when the fetus can be called a fetus.
theta_pinch says2014-01-02T17:05:53.807
Report Post
How can it not be the beginning of human life. At the moment of conception it is alive and a human.
babydreamcatcher says2014-02-01T23:15:05.673
Report Post
http://www.l4l.org/library/notparas.html
NOT A PARASITE.
babydreamcatcher says2014-02-01T23:16:34.517
Report Post
Parasites:
-come from outside
-harm host (bodies creates antibodies against parasite)
-stay forever
Babies:
-formed by mother and father's cells (inside)
-does not harm host
-stays for months
Privacy Policy | Terms of Use
Sitemap | View Desktop Version
©2021 Debate.org. All rights reserved.