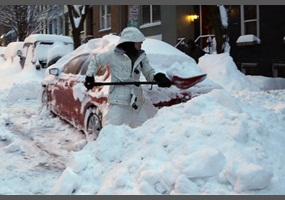 Does ice and snow negatively impact the economy?