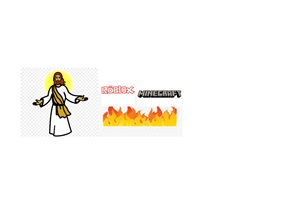 Does Jesus hate Minecraft and Roblox?