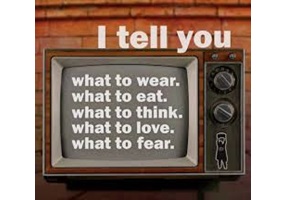 Does the Media Control What We Think?

Does the Media Control What We Think?
83% Say Yes
17% Say No
Leave a comment...
(Maximum 900 words)
M_EZ says2020-07-08T22:38:59.117
Report Post
In my opinion the media has a great power to manipulate the public opinion about any topic. All media gives the information from their economic or polical interest so, We need to use the media with that in mind and be critic about the information that you read.
Privacy Policy | Terms of Use
Sitemap | View Desktop Version
©2021 Debate.org. All rights reserved.