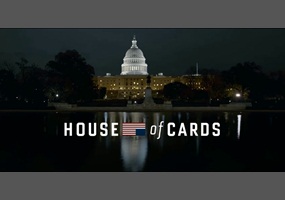 Have you watched the second season of the Netflix series "House of Cards"?