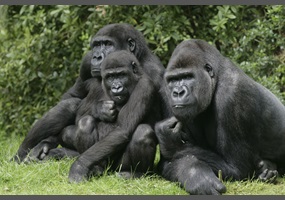 Human birth control pills work on gorillas. Are gorillas closer to humans than we think?