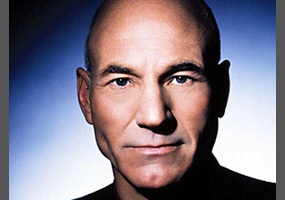 If Patrick Stewart were gay, would you still watch his movies/shows?