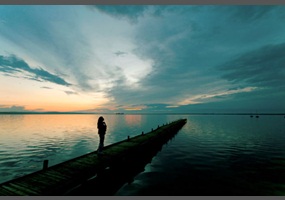 If there is no God, do our lives ultimately have any meaning?

Asked by: DM71K
If there is no God, do our lives ultimately have any meaning?
58% Say Yes
42% Say No
Load More Arguments
Leave a comment...
(Maximum 900 words)
Juan_Pablo says2014-10-25T22:49:28.157
Report Post
Even if there was a God, meaning would still remain personal and artificial. The existence of God doesn't change the existential nature of life and purpose.
Privacy Policy | Terms of Use
Sitemap | View Desktop Version
©2021 Debate.org. All rights reserved.