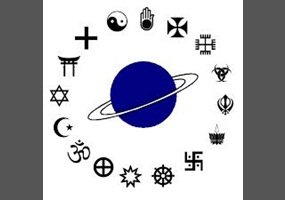 If there is one true religion, should it be the only one in the world?