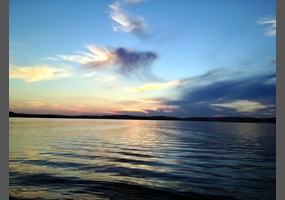 Asked by: Haroush
If you had to pick between the two, would you rather be physically attracted to your partner (yes) or intellectually attracted to your partner (no)?
25% Say Yes
75% Say No
Leave a comment...
(Maximum 900 words)
Haroush says2014-02-27T03:43:54.177
Report Post
Lol, sorry if you get confused by the question as I ran out of room.
GeekiTheGreat says2014-02-28T00:43:41.643
Report Post
I think people need to be attracted equally on both levels or else the relationship would not be good for either partner. Everyone wants to seem physically attractive and intellectually attractive to their significant other and that's fair enough to want that. Without the balance of attraction relationships fall into problems, such as cheating. There should be a happy middle ground in a relationship so both partners get the best and most out of their relationship.
Haroush says2014-02-28T00:45:12.343
Report Post
(facepalm)
GeekiTheGreat says2014-02-28T00:46:17.757
Report Post
Why on earth is that a bad thing.
Haroush says2014-02-28T00:50:32.050
Report Post
It's not that it is a bad thing, it is that the point of the question is if you had to pick between one or the other and that was the way it was, which one would you pick? Intellectual Attraction or Physical Attraction?
Privacy Policy | Terms of Use
Sitemap | View Desktop Version
©2021 Debate.org. All rights reserved.