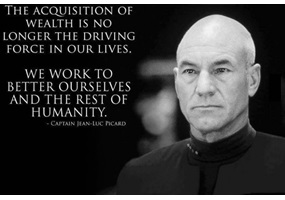 In Star Trek is The United Federation of Planets Communist. ?