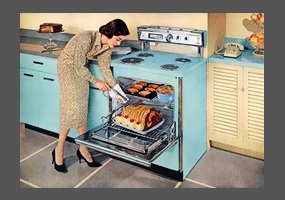 Is a woman's place at home?